Seems that Campbell Brown of CNN doesn’t appreciate Obama’s broken promise concerning his campaign financing. He promised to take matching funds, as McCain did, but changed his mind.

Now, Campbell Brown believes that this is ONLY because Obama thought he could raise more on his own, (using his international resources). However my sources, in their internet wanderings, have obtained another possible reason. It’s a good one.

Obama did not take public funds, hence he is more insulated from lawsuits such as the Berg effort, regarding poor quality documentation of his birth in the U.S..
If he had taken public funding, he might have been subject to whistleblower type lawsuits which can afflict any publicly funded organization which misuses the funds or defrauds the government.

Also, I might recommend that fellow Catholics find another charity than the U.S. Bishops Campaign for Human Development this November. This organization lists ACORN among its grantees in 2007. Please encourage them towards more legitimate charitable efforts next year by withholding funds this year. Maybe a crisis pregnancy center could use the donation instead.

I’ve been noticing in recent years, the Old Feminists (even some who might have qualified as Feminazis, in their younger days), are criticizing the far left view of abortion as a sacrament, a rite of passage, a necessary exercise for feminists.

Governor Palin has accumulated an astonishing gaggle of feminists, even including former officers of NOW, and editors of Ms. Magazine. Many are probably disaffected by Obama’s CHOICE of Biden, and his refusal to even consider Hillary as his second in command. Or perhaps they don’t like the fact that he talks a good game, but has a lower overall pay scale for his female campaign workers than his males.

Most significantly, these feminists have put abortion on the back burner, in favor of issues involving the LIFE of women. Perhaps they’ll one day decide that abortion an excessively cruel means of reducing the ratio of women to men in human society, and use that back burner as an incinerator. At the very least, some of these Old Feminists have been admonishing their younger counterparts to stop LYING, and admit that abortion is murder, premeditatedly killing another human. It’s a bold first step.

Carol Anne Burger, the journalist tapped to cover the election for the Huffington Post, is believed to have become entirely unglued, stabbing her former lover 222 times, attempting to cover the crime, and subsequently committing suicide.

Police in Palm Springs have used the trail of bloody evidence to construct a chronology of events in this sad tale of liberal love, turned to hatred that is beyond understanding. It’s a bit like the horror flicks that I won’t spend money to see, but if you can stand it, read here.

Is there anyone, capable of stringing words together in a sentence, who could comprehend sufficient hate energy to stab a person 222 times, and explain it to the rest of us who don’t have this kind of thinking?

Maybe Obama couldn’t find any papers proving that he is a natural born citizen of the U.S., during this last trip to Hawaii.

The federal judge did the necessary thing… threw out the case because it should apparently be of no concern to a voter if the law concerning the president’s citizenship is upheld.

Federal Judge R. Barclay Surrick ruled that the plaintiff, Phillip J. Berg lacks standing to bring the lawsuit because “any harm from an allegedly ineligible candidate was to vague in its effects and too attenuated to confer standing on any and all voters” .

OBAMA SAYS HE DOESN’T WANT TO MAKE THE SAME MISTAKE WITH HIS GRANDMOTHER THAT HE MADE WITH HIS DYING MOTHER – IN AN EXCLUSIVE INTERVIEW ON “THE EARLY SHOW” ON OCT. 23 ON CBS – The drudge report.

However…. when your Phavorite Pharmacist first heard the story of Obama’s 36 hour trip to Hawaii, she said,………. “He’s going to fix the birth certificate”.

Yes, it’s true, the New York Times has taken an additional 16 percent dive in advertising revenue over the third quarter. Considering its 46 million in cash, and 1.1 Billion in debt, Moody’s is considering a Junk rating for the NYT stock.
Stock is at it’s lowest point since 1991, and the corporation is considering selling some of it’s assets to relieve the debt problem.
Your’s truly suggests that NYT begin reporting the actual news as news, and leave the opinions on the editorial page. NYT tele-peddlers are no longer calling my house in recent months, perhaps because I’ve been encouraging them to get a job selling a better product, as well as giving them the NYT financial picture.

A group called Americans United for Separation of Church and State is asking the IRS to go after a Catholic Bishop, claiming that he violated rules applying to non profit institutions.

This group is concerned because the Bishop addressed the so called Freedom of Choice Act, supported by the “democratic candidate” for president. The Catholic Church operates numerous health care institutions, and would be forced to participate in abortion if FOCA becomes law. The alternative would be to close down parts or all of these institutions, which have served a vital role in the nations health care system.

I would like to recommend that the group give some of their attention to reporting the “non profit” Planned Parenthood to the IRS, since that corporation actively funds and campaigns for pro-abortion political candidates including Obama.

Ha!!! This ought to make voting for Obama more attractive.

Biden tells us that Obama, due to his inexperience (the world is watching) will be tested by an international crisis within six months.

OK! All of you in favor of bringing on an international crisis just to test Obama, cast your vote for him now.

Here’s the quote. ABC news was there.

“It will not be six months before the world tests Barack Obama like they did John Kennedy. The world is looking. We’re about to elect a brilliant 47-year-old senator president of the United States of America. Remember I said it standing here if you don’t remember anything else I said. Watch, we’re gonna have an international crisis, a generated crisis, to test the mettle of this guy.” 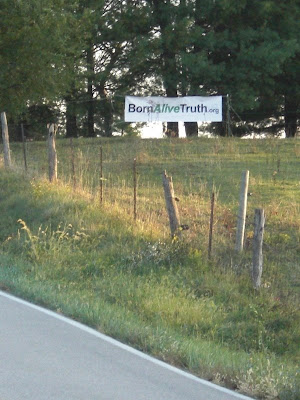