Student John Wahlberg commented on the issue of school violence in a class presentation at Central Connecticut State University. He commented that lives might have been saved at Virginia tech if students had been been permitted to carry concealed weapons.

As people might remember, the gun ban on the campus of Virginia Tech did not prevent the slaughter which occurred there.

The instructor of the Communications class, Prof. Paula Anderson came unglued, and called the campus police, who interrogated Wahlberg regarding his own ownership of guns. Since Wahlberg has violated no laws, he remains free as a student on campus.

The refreshing thing to see in this Connecticut campus newspaper is the comment section. Some of the students have obviously not succumbed to leftist dementia. It’s worth a read.

Did you know that one of the tests to ascertain brain death, is to potentially add more injury using a 10 minute apnea test? (This means turning off the ventilator and waiting to see if the patient can breathe on his own during a 10 minute period.) Dr. Cicero Coimbra, a neurologist in Brazil, argues that the test isn’t such a bright idea, and is a contributing cause of deaths.

Here’s a fun debate regarding the ethical considerations of brain death and its diagnosis, held at the BMJ. 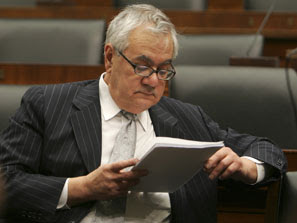 He said it. Barney Frank wants a SPANKING. He’s pushing for criminal and civil penalties for the main players in the financial crisis.

And one of the most powerful, key players to lead Fanny Mae and Freddie Mac into the toilet is
Barney Frank, the house financial services chairman. Sooooooo

Yep, this is from the Politico………. Obama just can’t function without a teleprompter, even at the smallest events. The video embedded here shows the shadow of the prompter limiting visibility of Obama’s spotlighted face.
Media photographers complain that it’s quite difficult to get a shot of Obama without the teleprompter.

Sanjay Gupta turned down an informal offer of the Surgeon General job from the Obama administration, citing family and professional reasons. Methinks that it has more to do with Dr. Gupta’s ability to recognize a DEAD END when he sees one.

Neurosurgeon Gupta normally is seen as a pretty face on CNN and other media, discussing medical matters. Likely with the busy media career, he isn’t doing much surgery anyway, but he cited an unwillingness to leave his practice and his family, with kid number three on the way.

In a different dept of the same cabinet…… Tax Cheat Timothy Geithner has received a rejection from Annette Nasereth, his choice for deputy treasury secretary. He’s been criticised for the slow hiring of senior staff, and not having staff present at key meetings with legislators. Possibly people are reluctant to help enforce tax collection while working for a known tax cheat. The position of undersecretary for international affairs is also left unfilled as Geither also received a refusal from Caroline Atkinson.

What is this about liberal guys leaving their kids behind if the mom doesn’t abort them?

Frances Quinn Hunter, celebrated his first birthday with no father around. His mother, Rielle Hunter has admirably avoided compounding her original error by whining in the news, writing a tell all book, or otherwise making a spectacle of herself.

There remains no evidence of child support coming from daddy Edwards. NOT a surprise.

If you want to see people on their knees, begging your forgiveness for their stupid vote……
Visit DOUG at DIRECTORBLUE .

I hear frogs peeping in the background………..

Extensive news coverage was provided for the global warming rally of 2500 people in Washington DC. These VIPs who seem to have knowledge transcending the available meteorological data, braved a significant, and unseasonable snowstorm to protest the man made global warming.

On the other hand, the coverage of the annual pro-life rally in the cold of January, which regularly draws two or three hundred thousand participants, brought only one direct visit from the media. All other mainstream coverage of the rally was secondary, relying on the single report, or on the pro-life news sources online.