The collection plates are coming out this month for the Campaign for Human Development, brought to you by the US Conference of Catholic Bishops.

The U.S. Catholic Bishops have been out of their element for years, in understanding what economic means should be employed to achieve charitable ends.  Along the way they have stumbled in deciding to whom they should grant Catholic charitable resources.

Charity is an individual choice and act. Organization of the charitable acts is fine in theory, but has often become subversion.

It is not charity to forcibly take the money from one person to give it to another.  Government programs to redistribute wealth are not charity.   Therefore, the political activist groups which support and lobby for such forcible redistribution should not be funded by the USCCB.

Our confused leftie-catholics need also to attend to the fact that the Bishops have been diverting charitable dollars to decidedly anti- and un-catholic activities.

The USCCB defunded ACORN not because of its subversive and immoral activities, but because of embezzlement within the organization.  A list of recently defunded and organizations which still need defunding exists at the American Life League site.

Some people find the diversion of Catholic charity towards activities which are against Church Teaching to be “sophisticated political philosophy”.  The rest of us see it as fraudulently immoral.
Those of us who have not lost our minds await further reformation of the USCCB to become more adherent to Church teaching.

Our moral “leaders” should be making personal efforts to adhere to the precepts of their stated religion.

Pharmer will be diverting contributions which could  have gone to the Campaign for Human Development to a favorite, local pro-life charity.

The CDC, which previously claimed not to be counting H1N1 Influenza A cases is now claiming to know how many people have been killed by this particular virus, using their collection of non-specific tests and their as yet, unapproved tests for swine flu.
From April to October, they generate a number from ‘nothingness’ of3600. This is supposed to be an unprecedented number of flu deaths despite previous claims that an average of36 thousand people die per year of the seasonal flu.
H1N1 has killed 3,900 Americans: CDC | Reuters

Perhaps people are not expected to be able to understand this stuff, due to the state of science education in the U.S.

Those who should understand a bit more than average about the Flu continue to resist  the attempts to make vaccines mandatory for health care workers.

The Army is working the insanity angle, and Pharmer thinks there’s going to be a public relations problem with declaring adherence to many precepts of the Quran to be insanity.

So which is it????   Islamic fundamentalist principles on the disposition of infidels, or insanity?

Would Obama care to weigh in on the diagnosis of one Dr. Nidal Hasan?

is crossing at the intersection when Joe Biden’s  drivers are heading back to the garage.

That’s how a pedestrian met his end in the Temple Hills area on Wednesday  morning.

The drivers of Biden’s two vehicles stopped to administer first aid until police arrived, but the victim was later declared dead at Prince George’s Hospital Center from his critical injuries.

The headline is misleading………. Camille Paglia chews up the health care bill in the text of her opinion piece. Sometimes Pharmer wonders how Camille, (of prodigious vocabulary and facile spray of verbiage,) is able to tolerate her fellow libs, and expects at any time for her to break free of them.

Get used to more terror attacks within the United States. ……….. we are NOT being defended well from them anymore.
Free Speech Rights Prevented Probe Into Hasan E-Mails, Investigators Say – FOXNews.com

Muslims have EXTRA freedom of speech at work, much more so than those of other religons. We have discovered in the past week that it is OK, in the work place to support blowing up infidels, but it is NOT OK to state that your religion forbids homosexual activity.

We know this, because people are fired for the latter, but Promoted after doing the former.

John Allen Muhammed, the Washington Sniper convicted  for numerous murders,  in 2002 which terrorized the DC area, met his end by lethal injection yesterday evening.   There was no publicized  executive consideration  to stay his execution.   Please comment if you find further information concerning this.

It will be interesting to see how the judicial proceedings play out for Major Hasan, who is blamed for 13 deaths and 30 plus injuries at Ft Hood, TX.    Will he face a similar fate at the end of the legal proceedings?
Will there be executive  intervention on his behalf??

While  Pharmer believes that all humans should be regarded as of the same intrinsic value, there is the recognition of  voluminous historical  evidence  that different Muslims of different classes possess  Different extrinsic valuation and social status.

The results of Hasan’s proceedings may give further indication of this in the here and now. 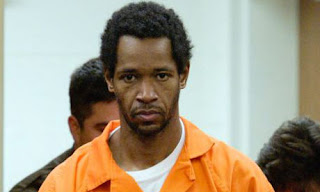 Pelosi sneaks it in on Saturday. Natural selection of abortion plus government funded health care will selectively reduce the population of liberals, if obamacare is not reversed after the 2010 election. It will take about 25 years for a reversal if there is no success in 2010.

The Stupak amendment is not a victory, as it will not be agreed upon by the Senate, which is less accountable to the people than the House.

Obamacare will contain abortion coercion with or without the Stupak amendment, as babies with untoward fetal diagnosis will be denied health care coverage if allowed to live. Possibly mothers who allow such childen to be born will also be denied coverage for future needs.

Reduced coverage will result from inefficient use of tax dollars and attrition from the ranks of health care workers.

If you have good health, pray to God that it continues.

Civilian cop gets the job done. This lady kept firing even after she was hit, and put a stop
to mass murderer Hasan.
This is what Pharmer calls “gun control”.

The mother who brought down the Fort Hood killer – Times Online