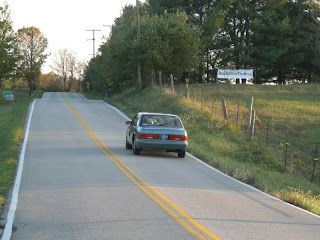 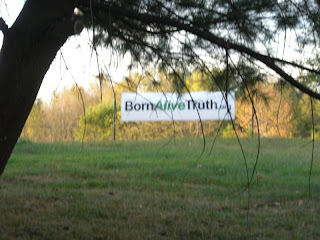 Donna Ron might be considered the Juanita Broaddrick of William Ayres. If you remember, Bill Clinton had a history of sexually imposing himself on women, of which Ms. Broaddrick was one.
She recounted being raped by Bill Clinton to the press many years after the fact.

Donna Ron has a similar story concerning her interaction with William Ayres, a significant Obama supporter, and former terrorist of the Weather Underground, who publicly remained unrepentant as late as 2001. One wonders if Ayers would recognize his ill treatment of Ms. Ron to be a crime, nor see anything wrong with having sex with a woman, and later imprisoning her in his apartment in order to force her to have sex with his roomate and his brother.

An understanding is developing that while these behaviors are considered heinous among the conservatives, they are expected as routine among the liberals.

During the third presidential debate on the night of October 15, 2008, the topic of Obama’s opposition to the Illinois Born Alive Infants Protection Act, a bill to protect infants surviving attempted abortions, was broached.

The following issued forth from the mouth of Senator Obama, and establishes that he is not competent to regulate health care:

“And the Illinois Medical Society, the organization of doctors in Illinois, voted against it. Their Hippocratic Oath would have required them to provide care, and there was already a law in the books.”

Obama obviously does not know the Hippocratic Oath. Below is a relevant excerpt which should have prevented him from referencing this ancient health care regulation:

“I will apply dietetic measures for the benefit of the sick according to my ability and judgment; I will keep them from harm and injustice. I will neither give a deadly drug to anybody who asked for it, nor will I make a suggestion to this effect. Similarly I will not give to a woman an abortive remedy. In purity and holiness I will guard my life and my art.”

Due to the nature of his practice, an abortionist is in continuous violation of the Hippocratic oath, and obviously cannot be expected to adhere to it.

The Hippocratic oath forbids euthanasia, physician assisted suicide, and abortion. For this reason the classic moral edict is no longer in use in most U.S. medical schools and institutions. Some physicians choose to take this oath independently, but having done so, they may be weeded out of medical practice in the near future, by the demands of government.

The existing Illinois law, to which Obama referred, protected only those babies considered suitable to live by the abortionist who had been employed to kill them. As such, it was not effective in providing protection or appropriate medical treatment to those babies surviving abortion attempts at the Chicago area Christ Hospital, which inspired the federal Born Alive Infants Protection Act signed by President Bush in 2002, as well as the Illinois legislative attempts.

I ask that voters avail themselves of the detailed information and legislative records relevant to this issue by visiting http://www.bornalivetruth.org.

It’s an addiction. He can’t stop lying about “stem cells”.

Senator Obama’s response to the media finding his stem cell ads to be false, is to air more of them. The Democrat candidate’s camp is claiming that Senator McCain opposes “stem cell research”. In the latest ad, heard running on WLW radio in Ohio on 10/6, there is no distinction made between adult stem cell, umbilical cord stem cell, and embryonic stem cell research. Obama, in addition to counting on his supporters to not know the difference between the various forms of stem cell research, also relies on them to be unaware that McCain has a position opposite to that which the ads claim.

McCain formerly opposed embryonic stem cell research, but (unfortunately) changed his mind in 2001, regarding federal funding of cells derived from already existing frozen embryos. His rationale is that they will be discarded, and therefore killed anyway. He continues to oppose the creation of new human embryos for stem cell research.

Obama’s ad suggests that “stem cell research” yields many health benefits. The type of research which McCain opposes, and the use of existing embryos for stem cells have yielded no medical treatments thus far.

One of the reasons these researchers want public funds is that their output has been so dismal, that private investors are not willing to throw away their money on this boondoggle. The other reason is ideological, to put some kind of positive spin on killing humans prior to birth.

Obama is so brazen as to continue to lie to his supporters, even after the mainstream media has revealed his falsehood. In this way, he’s telling his voting constituency that they are ignorant, and he’s counting on them to remain ignorant.

This video and the accompanying article at the Boston Globe are a news source for the Obama Slumlord ads being run by the National Black Republican Association. The complaints about the housing disasters of Obama’s political cronies and patrons has been a constant buzz coming out of Chicago, but largely unnoticed by the national media. Take a look, read the article, and of course follow the MONEY!

Well you had better see this video quick, before Planned Parenthood gets Youtube to pull it down. They’re being stung by Students for Life for a policy of failing to reveal cases of statutory rape.

What’s a sting?? College students are going into planned parenthood facilities, posing as underage girls, and requesting the morning after pill after having sex with a much older guy, for example, mom’s boyfriend. While the employees are getting wise enough to express a little concern about the illegal sex activity, evidence shows THEY AREN’T REPORTING.

With the pork packed Freddie Mac and Fannie Mae bailouts causing apoplexy among Americans who comprehend the magnitude of taxpayer abuse, some attention is focused on the lawmakers instrumental in bringing us this disaster.

Barney Frank was apparently involved (sexually, that is) with Freddie Mac executive Herb Moses, at the time that he supported looser regulations and lending standards.

During the time that Moses served as assistant director of new product initiatives, at Freddie Mac, Barney Frank, on the House Banking committee, repeatedly resisted efforts to regulate the lending practices.

Will anything come of this obvious conflict of interest? No, because Barney Frank is a Democrat.

Oprah’s mom defaults on her loan. I think she could use a little help from her daughter. Instead she’s suing because she doesn’t thing she should have to pay her loan. It’s the bank’s fault for loaning her money. 😉
———————————-
California Congresswoman moves to Washington DC and defaults on her 600,000 dollar home loan. Remember that incredible story?

You can see how we get such poor government oversight of anything, because those legislators can’t regulate their own behavior. So who needs em??

These rich people just don’t have a grip. 😉

Women should consider suspending travel to Illinois, or perhaps hire a bodyguard if the travel is unavoidable.

It appears that the number of rapes in 2007 has swelled to an estimated 36300. This data comes from the numbers of abortions funded by medicaid for rape victims in Illinois, and that pregnancy may result from rape in up to one percent of cases.

The other possibility is that in Illinois, the tax payers are being fraudulently bilked for abortion bills. A Dept. of Health and Human Services investigation is being carried out, at a snail’s pace as usual, with the result timed after the elections, of course.

Thanks to Jill Stanek RN for publishing this story. The links lead to info on her blog.

YES she CAN, because she’s a leftie. Why is it that the liberals are allowed to indulge in unethical financial practices, and the republicans cannot survive such activity?

Republicans were castigated for hiring relatives on campaign committees, but House Speaker Pelosi’s PAC has been permitted to funnel $99,000 in PAC money to her husband’s corporation, Financial Leasing Services.

Pelosi vocally supported legislation in 2006 to limit these practices, but apparently feels personally unregulated by these restrictions. If a Democrat speaks out against a particular practice, what does that really mean???