Obama wants to start a war with Syria, but is going to ask for Congressional approval so that it can be blamed on the Republicans.

You know that war is routinely started by Democrats and blamed on Republicans, and here we go again!!

Additionally, it appears that al Qaeda and the Muslim brotherhood will benefit from the planned intervention.  So if you want to call and write your representatives, now would be the time.  Don’t forget to mention defunding Obamacare and stopping the fake “immigration reform” while you’re at it.

It’s interesting to see what disturbs the intelligentsia these days, and compare it to what they condone.

There is little  problem with having sex with a 14 year old, and apparently less so if she commits suicide.

There is no problem with hooking up with a stranger as long as you prevent or kill the baby.

We’ve recently been regaled with a compendium of what passes for sexual propriety in our universities, by one Professor Mike Adams.  Displaying nude pics of children where pedophiles are gathering is OK, while stating the opinion that marriage requires a man and woman is not.  That’s just one example found in Adams’ amazing open letter which is really worth the click.

Quite a bit if hand wringing is generated by the practice of meeting a sperm donor online, or through Craigslist, and getting pregnant the usual way. It seems that sleeping with strangers is only a problem if the intention is to make a baby. .

Long lost on the progressives is the idea that with repetition, sex tends to cause babies, (poorly designed birth control methods notwithstanding), and something is very wrong with killing them.

You won’t be happy once Obamacare kicks in, and you find out why the ruling class did not want it for themselves.

The Blaze has offered this touching song and story of a 96 year old man, who wrote  song lyrics about his recently deceased wife.  On impulse Fred, the grieving widower, snail-mailed it in to a local studio as a contest entry. He never imagined his song going viral on the net.  This Video tells the story of the song and the decision by Jacob Colgan of  Greenshoe Studio to professionally produce it.   Should you choose to purchase “Oh Sweet Lorraine”  on i-Tunes, the proceeds will help to support Fred Stobaugh, who says his 75 year marriage was like a dream, and he wishes he could do it all over again. 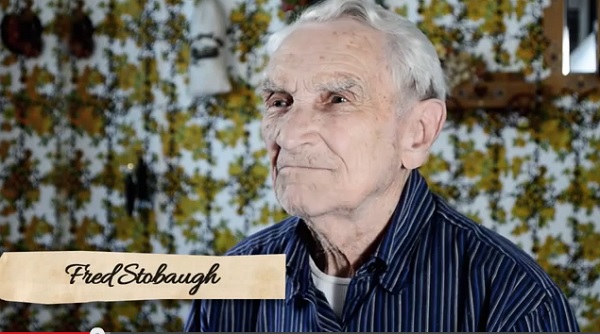 Listen UP!   <–click for the cure for that tonic clonic, pelvic seizure known as Miley-mal.  You will feel much better.

According to the U.S. Census Bureau, the inflation adjusted REAL median annual household income has fallen twice as much during the “recovery” (between 6/2009 and 6/2013) as it did during the preceding recession.

The last four years of Obama has seen average  household income drop almost $2400  per year. expressed in 2013 dollars.  A lot of this decrease is due to the conversion of full time jobs to part time jobs.  Has this happened to you, or anyone that you know?

You have been hearing the Obama media call this decrease in Americans’ average income a Recovery.   Do you agree with this term?    Would the media have labeled such a Decrease as a Recovery if it happened during any other president’s watch?

Do you think that any other president would have been held more responsible for the negative economic consequences of his policies?   Does Obama get a pass because the media does not expect as much from him as they have  from other presidents?

Per Mike Flynn at Breitbart, there’s  more avid interest among the US Catholic Bishops in favor of  the current amnesty legislation than their ever was for protecting our religious freedom not to participate in abortion.   He forcasts a push during September 8 Masses to encourage Catholics to support Amnesty legislation, and to push Catholic legislators to support the bill.

Your friendly Pharmer is in favor of increasing and simplifying legal immigration, but not the current proposal of rewarding people who break the law. The U.S. needs a strong and ambitious work force, so it should bring in plenty of immigrants (and let the lefties emigrate to the socialist utopia of their choice).

If Pharmer hears a sermon touting the current legislation, which unfairly dumps on those who stand in line – waiting to immigrate, by letting the lawbreakers in first, the church contributions will be diverted to other charities.

In New York City, there’s a hot democrat mayoral race, headlined by two practitioners of moral turpitude, Anthony Weiner and Christine Quinn.  If either one of them wins, New York loses, but more than half of the citizenry there is completely clueless.

Christine Quinn, current speaker of the city council, is good buddy to planned parenthood and foe to pregnancy care centers.  She is  pushing to supply the morning after pill in middle schools.  Mayor Bloomberg has  already been supplying  the highly ineffective Plan B to the high schools, but Quinn likely knows that in the upcoming economic collapse, people will be renting  or selling their  children as prostitutes.  At that time,  leftie pervs will be out shopping for bargain basement rates, to get what natural selection had denied them in more normal economic and social conditions.    With Plan B and Ella failing up to 50 percent of the time, Quinn’s  friends in the abortion industry will enjoy a strong financial resurgence.

New York’s latest pick of politicians, dredged up from the toilet, might  allow that city to surpass Portland, Oregon, to become the nation’s deepest and smelliest cesspool.

We don’t know why it took so long for Rhode Island Bishop Thomas Tobin to divorce the Democrat party, (which so often is in direct opposition to Catholic moral teachings) but at least he did it, and is willing to publicly admit it.

Professor Hugh Schwyzer, who teaches a course called “Navigating Pornography” at Pasadena City College, unloaded too much information about his sex life and preferences on Twitter last Friday night.

He’s blaming it on a manic breakdown. Says Schwyzer:  “I have all my meds lined up: lithium, seroquil (sic), klonopin, wellbutrin, lexapro”   Those in the medical field might be pondering that combination a bit.

If you want to compare his tweets to those which can get conservatives fired, (for example, opposing such things as Obamacare or gay marriage)  just click the grayed link above.  Schwyzer’s stuff is extremely nasty – you’ve been warned.

Thus far, the administrators at his college are condemning his tweets, but have not announced any plans to dismiss their kinky instructor.

Obamacare was designed to fail, in order to crash the health care industry, and usher in total government control of your access to medical care.

It was decided that costs could be driven up for more individuals by delaying the caps on out of pocket expenses such as co-pays and deductibles.

One of the “attractions” of Obamacare is that these expenses would be reduced.  This necessarily would drive insurance costs through the roof, and either cause people to go without the plans, or move to government plans.   Unfortunately this is going to leave too many people very dissatisfied before the government controlled plans are designed.  So now Obama has delayed the caps until 2015….. AFTER THE ELECTION, the same as the delay on the employer insurance mandates.

More destructive disasters are being hidden until after 2014.

Pharmer thinks that since the Republican party is already moribund, it should make the decision to go out with a bang.   Congress should defund Obamacare.