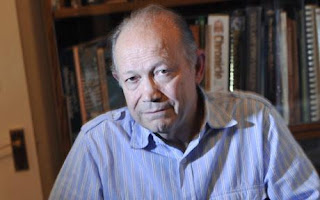 Attorney General Jerry Brown of California has decided he can’t get enough pain, so he’s cozied up to the morally bankrupt institution of ACORN in his blighted attempt to replace the departing Arnold Schwarzeneggar.

Jerry’s  blight has been contracted from the dumpster diving, private detective, Derrick Roach, who unearthed 20000 pages of discarded documents from the San Diego ACORN office.  As you may recall, this office was visited by the intrepid team, James O’Keefe and Hannah Giles, and supplied some now famous video demonstrating utter corruption.   Warned of impending governmental scrutiny, the office filled it’s dumpster with paperwork, and this has been resurrected to the embarrassment of Jerry Brown, who spearheaded the fake investigation.

Robin of Berkeley  adds evidence supporting the theory of Pharmer……. what causes liberalism (U.S. style)?
She presents herself as a near classic case.

It’s fun to see someone almost echoing  my  amateur psychoanalysis of leftists … and this one is making her living in the field.

The old saying…. about how a liberal is converted to conservatism, by mugging is also supported here.

It’s almost too good to be true, but Robin assures us that the folks at American Thinker gave her the exam and she passed.  So, check her out, and hope for more feminists to be heading to the conservative camp as the abuse of women, and the Wilding of Palin  wake them up.

Robin gives us a peek inside her brain here:
American Thinker: Ask Robin: A Recovering Liberal Addresses Some of Your Burning Questions

THE rest of the story… charges are finally being filed against the six thugs (SIEU) who beat up Kenneth Gladney at a town hall meeting called by democrat Russ Carnahan in St. Louis. Still waiting for Al Sharpton and Jesse Jackson to come to the aid of Gladney on account of his race. Whups……….. forgot that conservative ideology is considered some kind of magic race changer.

comes as a surprise to Pharmer because of the description of the body by a guy from this locality who oberved it.

Mr Delingpole seems to think that people will wake up to the fraud of  Climate change long enough to divest themselves of investments in industries banking on the bogus theory.

He links up THIS blog, which was among the first to break the news that Anglia University’s Climate Research Dept had been hacked.

Seeing this earliest info increases Pharmer’s  belief that the files distributed throughout the internet and archived on many personal hard drives, are genuine product of the Climate research group at Anglia U.

Here’s more evidence that global warming has always been a scam, and remains as such under the new name Climate change.

Can there be any other result than further erosion of public trust in the scientific community, since it has become heavily infested with political hacks?

Keep your own copy of the files filched from the UKClimate Research Unit at East Anglia University .  You can download a zip file here :  61 meg zipped and more than 160 meg unzipped.

New York Times, which has in the past had no trouble with publishing military secrets,  states that it will not publish these files, as they were not meant for us to see.

Any excuse to tell the “Brown People”  how many babies they should have. Now it’s “climate change”.

This one involves the display of blatant stupidity, in pretending that prostitution is a new development in coastal areas of the Philippines.

Also note, when reading the article that the UNFPA claim made at the outset quickly morphs into a mere prediction further down in the article.

The UN is a disjointed organization with a history of promulgating self contradictory policies.   The ILA (UN Labor organization)  has, in the past,  called for legitimizing the sex industry yet the UNFPA wishes to present  prostitution as a negative result of the climate change scam. 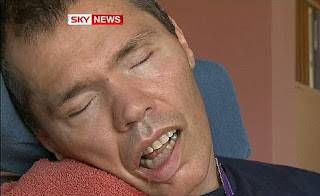