The Daily Signal has 21 questions for the Washington Florist who is being sued for refusing to provide service for a same sex marriage.   You won’t see this view in the mainstream media, which is why she received mountains of hate mail.

This Lady exhibits a great deal of kindness and courage, along with her (enviable) natural social skills.

From one with fewer social skills comes some financial analysis:

Mrs. Stutzman is being sued as a business owner, as well as personally.  This means that ALL of her assets are up for grabs.

Who is footing the bill for this decision to punish a person for her religious beliefs, for an act which does no real harm, and does not even limit services to the affected couple? THE TAX PAYER!   The costs of these kinds of frivolous litigations are borne in large part by the public, since public facilities are used and tied up by the proceedings, and since the public safety net covers those made broke by paying the damages.  Most of it is mediated by government funded bureaucrats.

In addition, after all of the accumulated wealth of the Stutzman’s is transferred to lawyers, and to the gay couple, the couple will become eligible for all sorts of federal and state services, and of course, YOU, the taxpayer will be paying.

Basically YOUR money is being  transferred to a gay couple, lawyers, and a bloated legal system,  because ONE florist, among many,  could not do their wedding on account of her religious beliefs.  It is important to know that these legal proceedings were initiated by the State Attorney General, in an assault on cultural diversity.

Please think about this, and determine if you want it to continue.

Vance Day, a judge in Marion County Oregon has come under fire for opting to avoid officiating any marriages in order to dodge the conscience problems associated with putting his imprimatur on same sex weddings.

Jonathan J Cooper of AP quotes a gay ‘rights’ activist Jeana Frazzini as follows: “Taking that kind of a step really calls into question how an LGBTQ person could expect to be treated in a court of law,  It goes beyond marriage and gets to serious questions about judicial integrity.”

We should remember the reality that the mainline religious groups who ran to the aid of all people suffering from HIV, and who opposed  the culture of killing and abusing homosexuals are the same ones who disagree with gay marriage.

It is time for the more reasonable of gay people in the U.S. to speak up for the religious groups which have advocated for their basic human right to life, liberty and the pursuit of happiness.   They’ll need to be loud and proud to counter the leftist frauds which pretend to speak for their interests.  Who will assist them when the Christians, (who are taught to love all people = sinners) are persecuted, deprived of their jobs, jailed or killed?

Do lefties expect life with  with ISIS to be friendlier?

Frazzini apparently is counting on similarly incompetent leftists to provide for her health and  well being.  A good outcome is not expected.

She has earned the first place Darwin Award this week.

Obama could never have been considered a typical Black American, or even in touch with them.  Despite their steadfast support of the first “Black” president, they certainly have not benefited under his rule.  Income, home ownership, and employment have decreased more among American Blacks than other demographic group. Probably the only major thing he has done to them is supply government funded IUDs and abortions.  He did, however, make a show of pretending that he believed marriage is between a man and a woman while soliciting their votes.

Though the press has sold Obama’s acceptance of gay marriage as an “evolution”, Toledo Municipal Court Judge, C. Allen McConnell, underscores another chasm which exists between Obama and Black Americans.  The Judge has refused to personally officiate same sex marriages based upon his Christian beliefs.   In the past, Obama had played up to the fact that most Blacks regard homosexual activity as sinful, and this is not limited to U.S.A..  Kenya is among other African nations which are having none of Obama’s more recently outed agenda.

One wonders how many people still believe that Obama has undergone “evolution” on this matter, or whether he is like so many other politicians:

If it’s considered OK to change from one sex identity to another, why are gay activists and their leftist friends fighting to shut down the opportunities for those with unwanted same sex attraction to affirm their desired sexual identity?  Does type of coercive behavior identify the activist groups as cults?

Christopher Doyle is a counselor who works to resolves conflicts of sexual identity for individuals and their families.   His clinical method is not to push people in a particular direction, but to work with them to achieve their own goals with respect to resolving their sexual identity.  This, however, frequently involves helping those who have unwanted same sex attraction to resolve those issues, and become what is called “ex-gay”.  His group conforms  to the APA standard of treating  same sex attraction as a variant of sexuality and not a mental illness.  He notes that while his work is acceptable to most LGBT people, the activists vehemently oppose this, and are trying to shut down the availability of such counseling to young people and adults. This has included legislation in some states which forbid the kind of counseling to allow a person to become “ex-gay”.

As the LGBT extremist activists go over the top in trying to silence all who do not agree ethically with such things as same sex marriage, and to ostracize all same sex attracted people who would rather not live a homosexual lifestyle,  Christopher Doyle notes that young people are starting to see the activist driven, sexual  “equality” movement as false.

While the Shona Banda legal fundraiser remains up (as of 4-28-15) at GoFundMe,  the fundraisers for Sweet Cakes and Barronelle Stutzman have been removed.

Shona Banda’s house was raided by cops, after her son made comments in favor of medical marijuana at his school in Kansas.  Ms. Banda had moved to the state from Colorado where she had legal access to legal weed, said to be for a health condition.  The raid produced some cannabis oil and 2 oz of the weed itself.  Her son has been removed from the home, and felony charges are expected.

Businesses will have to decide whether it is in their interest to kowtow to the extremists  of the “Gaystapo”, or continue having wider access to commerce with the general population. Fundraisers and donors are encouraged to use a different venue until GoFundMe regains realistic business priorities. 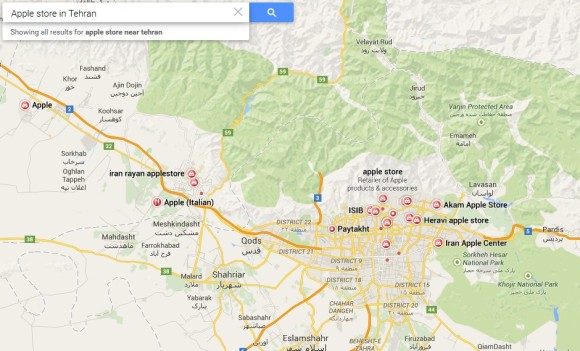 The Attorney General of Washington State wants to destroy the Floral business of Barronelle Stutzman, as well as take her home and personal assets because she does not believe in same sex marriage. Though she provided many other floral services for customers of the homosexual persuasion, she drew the line at doing same sex weddings because she believes that marriage is a sacred union between a man and a woman.

Click HERE to see a video of her story. She’s being represented by the Alliance Defending Freedom, a public interest law organization which defends the constitutional rights of individuals.

So far, a state judge is ruling against Barronelle Stutzman, but her lawyers are appealing.   This case could eventually move to the U.S. Supreme Court.

Perhaps the Washington State  Persecutor of Christians,  Attorney General, Bob Ferguson will eventually  be  held liable for all legal fees and any damages to Mrs. Stutzman in this case, when it eventually comes to a conclusion.

Highest respect and prayers for Barronelle Stutzman for her steadfastness in adhering to the dictates of her conscience.

In the present day it seems that thinking about where to put it is more than a full time job.  For some it seems to occupy every waking hour, and has become the extreme of sexual fetishism.

Sing over Me is a new film about the life journey of Dennis Jernigan, who spent a number of years in the homosexual lifestyle.  In his mid twenties, Mr. Jernigan, a renowned Christian singer and lyricist, decided that something else was more important.  His decision, to have God tell him who he is, will likely crunch many  leftie undies into a wad.  The songwriter tells his story in the indie film released this week on Vimeo and to interested theaters.

With the likes of TeenWire  and a rabidly obsessed media beating sex-fetishism into the minds of kids, the constant refrain repeated by the brainwashed is that having sex is inevitable, and not a matter of choice.  For many it seems as automatic as breathing, eating and taking a dump.

Films such as Sing over Me and Desire of the Everlasting Hills tell stories of profound changes in people who came to the conclusion that something else is more important than sex.

One spoiler from the Desire film: who gets some credit for reeling in the wildest one of the bunch: