Military, law enforcement, and the retirees from these organizations, who respect the oath to protect and defend the constitution, are being encouraged to LAY DOWN THEIR ARMS in response to an illegal or unconstitutional order. The leftie-wimps from Hatewatch find something sinister in laying down one’s arms. READ UP! It’s the same as accusing those who refuse to kill humans of Violence. Washington DC is filled with this type of insanity now.

Kevin Jennings, “safe schools” czar, hosted Barack Obama in his home?and was member of Act Up


Wouldn’t it be grand if we could reduce elective surgical abortions with a pill? Wouldn’t it be wonderful if pro-choice and pro-life advocates found something they could agree on? That’s the promise of the so-called morning after pill: taken within 72 hours of unprotected sex, it is said to virtually guarantee there will be no “accidental” pregnancy, no need to purposefully harm the weakest among us by aborting them. Can’t we all agree that this would create a kinder, gentler place to be an embryo, the smallest human being? Here’s a goal we can all support. Pass out the pills!


Such is the rallying cry of those in the pro-choice camp. “Finally,” they say, “we have a solution, and if the pro-lifers don’t endorse it, we will expose them as the hate-mongers we know them to be. Make these pills readily available and the need for abortion will plummet.” Right?


But are these arguments valid? If they are, why would anyone object? Let’s look at the real experience with the morning after pill. In fact, increased access to the morning after pill (taken after unprotected sex) has not lowered unplanned pregnancy rates. The demand for surgical abortions has not dropped as promised. But sexually transmitted diseases (STD’s) have increased. But don’t take my word for it; let’s look at the hard facts.


Where the effects of supplying women with the morning after pill have been studied, no decrease in surgical abortion rates has been found. While availability of the pill may have prevented some pregnancies in some women some of the time, the reported effectiveness rate of 90% has not been demonstrated in real use, and the morning after pill has not been the public health breakthrough that it was touted to be. Of more concern, it appears that women may engage in riskier behavior when they think they have a pill to cancel that activity, and STDs have increased where the morning after pill has been made available to women, even in advance of need. That’s bad news for everyone.


But there is something else even more troubling about the morning after pill. This is a concoction of a very high dose of progestin. The manufacturer says that the pill works by preventing ovulation and/or fertilization. But if progestin-only pills only prevent ovulation about half of the time in the women who take it every day, how could a one-time use reliably inhibit ovulation? Another reported mechanism is that this high dose progestin “slows down” sperm, or makes the environment along the woman’s reproductive tract inhospitable to traveling sperm. Hmmm….experts tell us that sperm can arrive at the site of fertilization (the ovary end of the fallopian tube) in as little as 20 minutes following intercourse. How can a pill taken 72 hours later possibly have an effect in this manner?


No, the really troubling effect of the morning after pill is how it works after fertilization has already taken place. You see, at union of sperm and egg, a new human life is present. It is genetically unique, and it begins directing its own development immediately. It will be another week, however, before it makes its way to the uterus or womb, and begins to implant itself there where it will grow until birth. The morning after pill destroys the ability of the uterus to receive and nurture this new person, so the embryo dies from lack of nourishment and is sloughed off. Thus, the morning after pill, rather than decrease abortion, actually causes a very early chemical abortion.


How can the pill manufacturers get away with saying the pill does not cause abortion? By a redefinition of words. The American College of Obstetricians and Gynecologists, or ACOG, changed the definition of pregnancy over 30 years ago when they realized that normal birth control pills may have the effect of causing early abortions. Sound ethical practice requires that a woman be told of this effect, but doctors did not want to have to tell their patients this. So they redefined pregnancy. Most of us understand that new life, pregnancy, begins with the union of sperm and egg. This is high school biology. But ACOG says that a woman is not pregnant until the embryo has completely implanted in the wall of the uterus. This occurs when the new person is about 1 week old. Even the manufacturer admits to this effect, but it is shrouded in medical terminology, buried in the package insert. So what sounds like an arcane discussion of medical terms actually is a way to keep women from knowing the truth about medications they are being encouraged to take.


But the strangest part of this whole story is that crisis pregnancy centers (CPC’s) would tell these same lies to their clients who visit their websites. Surely CPC’s know the truth about this drug; what possible reason would they have for keeping it from women looking to them for truthful answers? For example, a CPC in our area (southern Illinois) recently renamed “Mosaic”( http://revealmosaic.publishpath.com/morning-after-pill ) repeats verbatim the claim that the morning after pill is not effective if a woman is already pregnant. This is true only if you ignore the growing embryo’s presence for the first week of his or her life. A bad thing for a CPC to ignore, don’t you think? A visitor to this site who is persistent in her search will eventually encounter the truth that the morning after pill causes an early chemical abortion. Will a young frightened woman find it, and what means does she have to know which statement is true? Why would a CPC “bury” this life-changing truth deep in their website?


So now we women have yet another hazard to try to avoid in the game of “Whack-A- Mole” currently being played against our lives and the lives of our children. We have:
-fathers who abandon us;
-boyfriends who don’t love us;
-value only to the extent that we can provide pleasure;
-education systems that teach us to ignore our basic physical differences from men;
-economic situations requiring us to abandon our children to the care of strangers;
-sexual abuse, with many ways it can be legally covered up by perpetrators.
But wait, there’s more- now we can add to this list:
-medical and scientific communities who lie to us.


Even those who tell us they are here to help us regard all the “options” that women have to deal with unplanned pregnancies as equally valid. In other words, they pretend that as long as you consider carefully whether or not to choose life for your baby, your decision will be correct. As long as you agonize over your decision, the argument goes, you’ll arrive at the right one. There is nothing telling a woman in dire straights that she should choose life, that she will be glad she did, and all sorts of abortion education is made available at these sites. This is interesting, because most CPC’s say they exist to help women overcome the difficulties they encounter when they choose life for their babies. They normally are not founded to help women weigh the pro’s and con’s of abortion, but to urge women to make the choice that they already know is the correct choice, that is, to let their innocent babies live.


Next time you read that we can decrease abortion by increasing abortion, tell them it doesn’t add up, and that YOU know better.

A few readers might know that when Obama told us not to listen to Rush, right away, I purchased a Rush 24/7 subscription.

From the very top, (I believe from the White House) comes the race-card play to grab a big goodie away from Rush, as a punishment for opposing Obama’s fascism.

Read what Rush has to say about the invitation to invest in the Rams football team, in the WSJ, then read my response.

Pulling our money is the best thing we can do. Advertisers take note: We are not spending on the NFL, we are not attending games, there are no games visible on our television, we are buying nothing with an NFL logo.
The NFL does not need us.
Oh, by the way, I am hearing this echoed by lots of other conservatives, including those who don’t even listen to Rush. People are tired of the race baiting. The NFL has suddenly become unattractive to the population sector which spent the most money on them. A little NFL outsourcing might be good. The NFL can be renamed ‘Global football league’. GFL …kinda has a ring to it.

Then you can say what Jennifer Lopez, Miami Dolphins owner says: RIGHT HERE

And Fergie of the Black-eyed Peas has this issue with her Hump about which she tells the world in lurid detail. Fergie, also known for on-stage incontinence episodes is approved for minority ownership of the Dolphins.

Read more about it at Big Hollywood.

Yes, it is true. The NFL will now experience a colonoscopy from the right side, revealing the utter hypocrisy associated with their fastidiousness about what Rush Limbaugh never really said.

But it doesn’t hardly touch on the life of Farmer and Machinist business-owner, Tim Meyer. He passed away very suddenly due to impact from a falling branch, while walking to another job on the farm. More revealing is the packed house at the visitation, full of people whose lives were touched by this exceptionally nice man.

That includes all of the extended family down on the Pharm, who will miss seeing him while still here on this earth. Prayers for the Meyers family and all Tim’s loved ones who will miss him hardest.

This is only a restraining order, but better than nothing.  It is still up to the health care workers to defend their human rights.

There is a need for more health care providers in rural areas……  go where you’ll be appreciated.

Another in the line up of amoral freaks of Obama’s administration is Cass Sunstein, the new regulatory Czar.

This one defends the involuntary removal of organs from those who are not dead yet.

In addition comes this gem, collected by World Net Daily, further substantiating my claim that the leftists envision women as sex slaves.

Sunstein argues that refusing to fund abortion “would require poor women to be breeders,” while co-opting women’s bodies “in the service of third parties” – referring to fetuses.

The only thing which causes a woman to be an obligate or involuntary “breeder” is RAPE: intercourse in the absence of consent. This is apparently in the leftist playbook for women, most of whom will be “poor” under the new socialist regime. 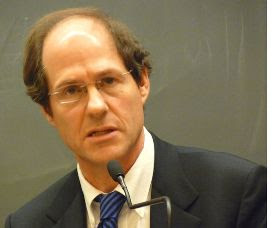 Put a suit on a pervert and this is the visible result.   Pic courtesy of World Net Daily,  linked above 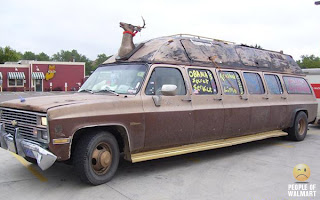 Pharmer, being a rural dweller has a natural affinity for Walmart. It’s the cool place to go dressed down, or waaay relaxed, leave yer party teeth at home.

Go to this website, to get an eyefull of special shoppers, real standouts. HILARIOUS!