Over 680,000 dollars last year flowed from Susan G Komen foundation to various planned parenthood affiliates. The funding will be stopped until the congressional investigation of planned parenthood obtains a result exonerating that organization of the charges of concealing sex abuse of minors.

The actual underlying decision by Komen probably has more to do with loss of contributions because of their longstanding tie with planned parenthood. It has become more publicly known that planned parenthood uses only the “TSA method” of breast cancer screening, not mammography or MRI.

The most in the fewest words from Smokey Bojangles, commenting at The Blaze: “Save the Ta Tas and kill the babies that feed off of them???”

Because Girl Scouts of America partners with planned parenthood to bring sex “education” to girls. 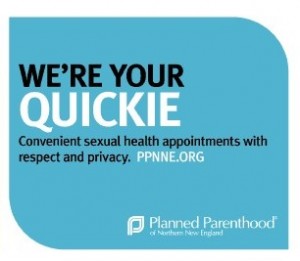 Tea Partier Gary Wright had heard that Richard Lugar does not live in Indiana anymore……… for the past 30 years or so.

He decided to check for himself and found that Lugar is registered as an Indiana voter at the address of a house that he sold shortly after moving to Washington DC in 1977.  His driver’s license says that they still live at the 3200 Highwoods Court, Indianapolis  address  (where Betsy Hughes lives and occasionally receives Lugar’s mail).   No one is bothering to  turn over the rocks on this fraud.

Supposedly the Indiana Constitution does not require Lugar to live in Indiana in order to be a senator from here.  However one wonders what benefits Lugar has obtained from Indiana while a non-resident for the last 30 years.    Other elected officials have been put through the mill on this basis.

Remember…. Lugar also thinks that Kathleen Sebelius is a good choice for head of the Dept. of Health and Human Services.   Her Dept is the one threatening Indiana’s Medicare/Medcaid funding because we cut off Planned Parenthood’s tax funding.

Some anonymous leftie at the New York Times praises Obama’s decision to trample on the human rights of religiously affiliated health care employers.   The article wanders from this to weeping about those who oppose being made to pay for the recreational drugs and abortions desired by others.

Yes, birth control pills, when used for that purpose are recreational drugs,  and almost all abortions are recreational procedures.   They are optional, and support the  pursuit of  sex  as a mini-vacation, purely for the fun of it.

This short editorial covers a lot of territory, moving next to  the  Texas rule  mandating sonograms before abortions  (allowing detection of ectopic pregnancies, and permitting more safety for the woman.)  This regulation  does not mandate that a woman be shown her sonogram, but does require  that  basic information be offered to her  in order to support  informed consent for the abortion procedure.

It is vastly amusing to see a leftist decrying “intrusion into the doctor patient relationship”.  Medicare, medicaid and thousands of health care regulations are all about government standing between the patient and the physician.  The vast majority of this intrusion has been at the behest of the leftists.   One measure to provide for patient safety and informed consent  with respect to abortion causes these same people to go ballistic.

Next they’ll be grabbing organs from political dissidents.

Bioethicists pretty much exist to justify killing, and other immoral medical and research practices.

Click above to see new excuses to  grab organs from donors before they have been declared dead.   It’s terribly inconvenient, and might harm organ quality to wait until the donor is actually deceased before snagging the needed body parts.

In some of the written justifications for this killing is the comparison of people who have lost their abilities with weeds in a garden.

The only comfort is that there won’t be as much money to pay for organ transplants and the ensuing maintenance costs.

A quote from Walter Sinnett-Armstrong and Franklin Miller:

“[I]f killing were wrong just because it is causing death or the loss of life, then the same principle would apply with the same strength to pulling weeds out of a garden. If it is not immoral to weed a garden, then life as such cannot really be sacred, and killing as such cannot be morally wrong.”

Catholic Bishops  have put out letters opposing Obama’s latest assault on first amendment rights,  and these were to be read to congregations this past Sunday.   Obama has given Catholic institutions a year to begin paying for birth control, abortion producing drugs and sterilizations in their health care plans.

The bishops state that they will not comply, and are urging the congregants to write to their representatives in government to oppose Obama’s  violation of civil rights, and religious freedom.

If you attended Catholic Church this past Sunday and did not hear this letter,  it might be good to ask your pastor or your bishop why.

Rick Santorum has to take a campaign break in Florida, because his youngest girl, Bella, who has trisomy 18, has been admitted to Philadephia’s Childrens hospital.

Prayers for the Santorum family.

Update 2/2  It turns out that Bella was admitted to a Virginia hospital, not the one in Philly.  She is said to be recovering well and is expected to be discharged soon.

After you read the above story of the ethics complaints against Newt Gingrich, you might become less convinced that Crazy Nancy Pelosi will be able to drop a bomb on him. Likely her lawyers have been trying to get her to shut up.

Apparently a former Georgia congressman, Ben Jones, aka Cooter of the Dukes of Hazzard, who lost a race against Newt in 1994, was driven to obsession. He brought forth a complaint about a political science class that Gingrich taught. This effort began a stream of bogus complaints which Newt tried to sweep out of the way in the most convenient manner possible, by admitting to some form of wrongdoing, and paying $300,000 fine. After all was said and done, the IRS exonerated Gingrich of any wrongdoing with respect to this college course and its funding.

Sarah Palin went through a similar barrage of attacks, while governor of Alaska with none of the complaints against her sticking. The business of defending herself against the charges was leading her to financial ruin, and preventing her from functioning as governor, so she resigned her post.

This kind of business from the Democrats is what scares the most competent and straightforward of people away from politics. It severely limits the pick of political candidates to those with an extremely high appetite for risk.

Expect Santorum to face a similar attacks as Gingrich and Cain, should he meet with further success on the campaign trail.

It really is time for Republicans to fight fire with fire.

The above article ponders why is planned parenthood the main target of pro-life legal and political efforts. Is it just because it’s the largest U.S. chain of abortion mills? Pro-lifers cite the abortion provider’s attacks on them, claiming that they want to control the sexuality of poor people, etcetera.

What the above article missed is the Main Attack Planned Parenthood has launched on those who choose not to kill. For decades they have pursued a political program to force us to participate in their killing agenda. Planned parenthood has worked tirelessly to force us to pay for it with taxes, force us cover it with health insurance, and force health care professionals to participate in it. They have persistently opposed health care professionals’ right NOT to kill humans. They have lobbied tirelessly to include abortion as an obligate part of health care, tied to medicare and medicaid funding. They are behind the Obama-Sebelius actions against states who wish to defund planned parenthood. Obama has tied the care of the sick and the elderly to the provision of abortion services with tax payer dollars.

This is why Planned Parenthood has been and remains a main target of pro-life political action.