David Eckert is enduring the kind of viral fame he never counted on, in order to warn Americans about the encroaching police state, (and maybe get a bit of $$) for his trouble.  He’s has filed a lawsuit against the City of Deming, New Mexico, and others for violation of his civil rights. Since his story has become an internet sensation, another similar victim of the same police force has stepped forward with a lawsuit.

From The Blaze comes a blow by blow report of the indignities  committed against David Eckert during 12 hours after his detainment by police, during which no charges were filed.
Pharmer has decided to pictorially  represent the ordeal suffered by  63 year old Mr. Eckert at Gila Regional Medical Center.  His body was searched for drugs, subsequent to his  failure to bring his vehicle to a complete halt at a stop sign. An effort was made to consult the medical orders which are visible in the lawsuit documents.  (Background music by Eddie Murphy is available for listening HERE, if desired)

IF AT FIRST YOU CAN’T FIND DRUGS, TRY TRY AGAIN.

NEVER GIVE UP, FLUSH IT OUT

NO DRUGS IN THERE?

STILL NO DRUGS IN THERE?

NO DRUGS IN THERE?

PHYSICIANS  DRAGGED OUT THE BIG HOSE  TO PROBE DEEPER, INTO REGIONS WHICH THE COPS HAD NEVER REACHED BEFORE 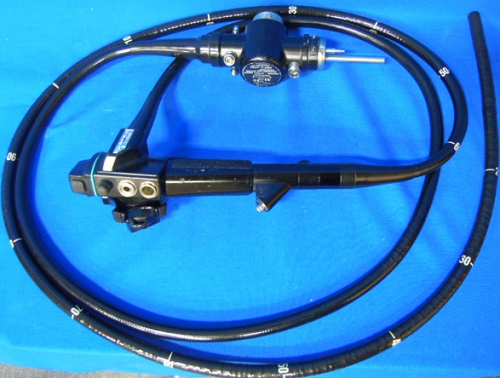 NO DRUGS AND NO CHARGES,

BUT GILA REGIONAL MEDICAL CENTER APPARENTLY SENT A $6000 BILL TO DAVID ECKERT FOR THE COLONOSCOPY WHICH  HE  INVOLUNTARILY ENDURED.

Something not addressed in media coverage, seen by Pharmer thus far, is the unacceptable risk imposed on a suspected drug carrier  by a colonoscopy, which can not only cause a perforated bowel, but also perforate drug containers, and release toxic/deadly  quantities of drugs into the body.  Some people might think that the life of a criminal is not cause for concern,  but there was a time  when medical professionals thought that they should “DO NO HARM” .

**The last two enemas appeared to have been ordered in conjunction with scheduling the colonoscopy.  The police were invited to inspect the effluent from the patient.   A chest X ray, a  12 lead EKG and CBC were also ordered before  the procedure.