–and its endorsement of intrinsic moral evil. Pharmer summary: The Bishop can’t tell people how to vote, but those who are aligned with the Democrat Party Platform could be in deep eternal doo doo.

Apparently Team Obama thinks its Gurls are bulk users of birth control.  Here’s an e-card that an obamagurl is supposed to send to the female parental unit or to  whomever, to encourage them to vote for Obama. 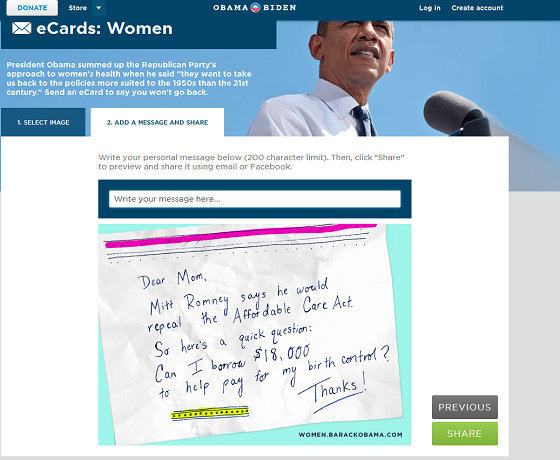 This screen shot is for REAL, caught on 9/27 13:30 EDT from https://ecards.barackobama.com/wont-go-back?source=ecards-hub#
For an Obamagurl, it appears that “dessert” costs more than dinner. The entertainment budget is high. Perhaps as they grow, they need more hormones for birth control efficacy.

Perhaps the large appetites cause a need for huge quantities of prophylactic devices. Does an Obamagurl need her own factory? 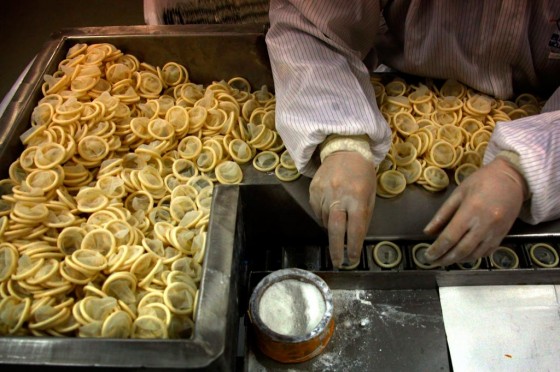 It’s not Pharmer generating this idea of the prodigious appetites of the Obama-gurls. It’s the $18,000 tab mentioned on the Obama e-card as the tab for his female acolytes’ birth control bills!!

Where do “Obama phones” come from? | WashingtonExaminer.com.

In 2011, 1.6 billion dollars of your tax dollars went up in flames to support a Lifeline cellphone program that has bloated and morphed in to the present form which supplies The famous “Obama Phone”. Go to Obamaphone.net and see more recent backpeddling away from the obama phone concept. If you keep scrolling down, you’ll see the original promotion of the lifeline phones as “OBAMA PHONES”

You won’t be hearing Michael Savage on the Radio for awhile. He’s been having messy “divorce” proceedings with Talk Radio Network, and afer two years of legal battles, has been allowed to leave, with the freedom to work for any competitor, and to keep the archives of his shows. Savage had 8 million listeners who will be left without him as the 2012 elections approach. This might not be great timing.

Pharmer recognizes Savage as a very educated, (PhD in ethnomedicine) and intelligent man, with a strong sense of right and wrong, and complete disdain for political correctness. She has listened his show in small doses as he conveys too much awareness of his own pulse. Fun fact: Savage’s son Russell Weiner is the founder of the company that makes Rockstar energy drinks.

Savage Listeners can keep up with him at his website.

MSLSD has that nickname for a reason. Remember the edited George Zimmerman 911 tape that started all the riots, protests, and destroyed chances for a fair trial?
Remember the gun toting Black man at a Phoenix health care town hall who’s head was excluded in order to turn him White? You can see the MSLSD fraud, as well as the man explaining that he’s doing a perfectly legal thing.

At MSLSD, the commentators were rollin’ eyes at a video of what appeared to be Romney leading a failed chant of “Romney Ryan”.

According to attendees, what really happened is that the crowed started chanting “Romney Romney” and Romney interrupted in order to get them to include Ryan.

The Obama’s spending has left all previous U.S. presidents in the dust. Last year the president who would be king cost tax payers $1.4 billion. By comparison, the frugal family of British Royals only spent $58 million.

Dems are very much afraid that Todd Akin will defeat Claire McCaskill. They see contributions coming in for Akin, as well as endorsements from Jim DeMint and Rick Santorum. That’s why they’ve invented an ethics complaint. Perhaps the conservatives in Missouri need to return the favor against Claire McCasKILL.

Demint might have gotten feedback from more conservatives like yours truly, questioning whether or not his group had abandoned or spoken against Todd Akin. Perhaps they surmised that their stance as conservatives would gain more credibility if they actually stood behind Akin.

Brady Cronk, quarterback of the Sour Lemons threw a 30 yard  spinning back PASS, which was completed by teammate Drake Barrett for a touchdown.

This has brought ESPN  fame to Cronk,  a 3rd year student and former quarterback at Seeger High in West Lebanon, Indiana.   He says his coach would never let him throw that pass in H.S. games, though it appears from Twitter that he was recognized for this particular antic.

Flag Football is for this kind of fun.

Your friendly Pharmer has to do spinning techniques in martial arts and due to age and vertigo, this is  NOT what she does best.   So it was beneficial to watch the skillful  Brady Cronk, frame by frame.  He’s obviously done it many times  before, and might have eyes in the back of his head.

Pharmer sez that if Mr. Cronk wants to become  an amazing  football-sniper,  he’ll be able to hit a small target with his spinning back pass if he brings his head around faster and leans a little less  during his spin.  A little “me ashi te” theory, there.  He might also consider working with various other projectiles.

Hundreds of TSA officers have been fired for stealing, despite the fact that most of their theft victims have almost zero  recourse once an item has been stolen.

Click below to see the rare ABC story worth viewing.  Staffers  tracked an iPad, using GPS and alarm features, from airport security in Orlando to the home of the TSA officer, Andy Ramirez.

1) transported an iPad which is not his from the airport to his home, apparently unaware that these devices are loaded or can be equipped  with tracking, file wiping, and various other anti-theft features.

Your Transportation Security Agency spends your tax dollars on such cowardly  idiots as Ramirez.