A discerning deer has been on rampage against an Obama sign in the front yard of Tom and Beth Priem. He’s been caught in the act and photos are available on the Blaze, if you click below.

It appears that deer might, in general, understand that their suburban pickings will become scarcer if the Dems win again. The cattle Down on the Pharm seem to have analogous perceptions. Both species, which are plentiful here, have left the conservative signage untouched during the Indiana primaries, and during past November elections. The same can’t be said for the small trees and landscaping. 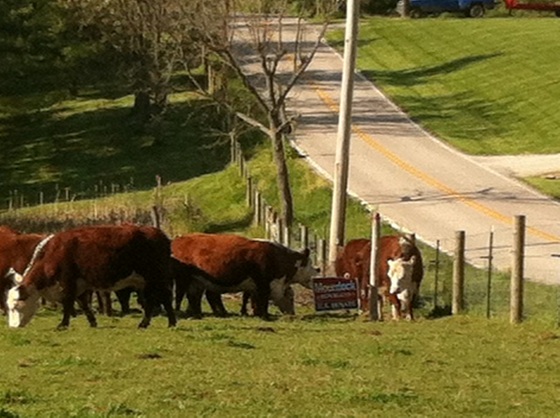