After $630 MILLION dollar expenditure, which is more than Facebook and Twitter cost, the government has produced a major FAIL.  Hawaii, the blue state of Obama’s  supposed birth, has to relaunch a new site, after achieving a big fat ZERO signups. Their taxpayers will pay the cost for this with a 2 percent rate hike on all the health plans. 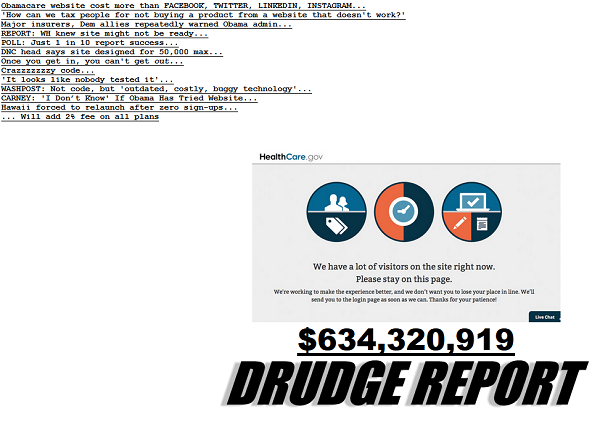 Yes, if you pay taxes, this horrendous fail has been added on to the cost of your health care. It is hoped that more of those who don’t pay attention to politics, will realize that the government is not the best entity to oversee your health care, and that you’d be better off utilizing private industries which have to compete with each other for business.
The eventual design of Obamacare was to force private health care insurers and entities out of business, leaving only the government to provide this service. As you can see from the inability of 99 percent of applicants to sign up for Obamacare insurance, expectations of the quality of health coverage and care from this administration will have to be lowered.

In times past, those who could afford private health care insurance and providers would always choose this option over public services. The current Obamacare FAIL is a reminder of the reasons why. Private industry has always had to be faster, more efficient and better than government.

One thought on “Obama Administration Wants Full Control of Your Health Care, but can’t even design a web site.”