Abortion supporters have always mocked pro-lifers for worrying about the slippery slope of ever increasing killing.  At the same time, the pro-aborts have been setting the stage for this massive eugenic killing all along.

We’ve noticed the near blackout of the media during the trial of Kermit Gosnell, the Philadelphia abortionist known for snipping the cervical spines of babies born alive at his clinic.

Now you can see a Florida lobbyist from Planned Parenthood, Alisa LaPolt Snow,  arguing for abortionists and parents to be allowed  to kill babies born alive at their clinics.  She is shown addressing the Civil Justice Subcommittee of the Florida House of representatives.

Click HERE for the VIDEO from the Florida House Civil Justice Subcommittee, and pay close attention to the exchange near the 39 minute mark.  Alternatively, save time and take a look at THIS Youtube extract from the video.

If the Youtube video disappears, notify your friendly Pharmer in comments, so that an effort can be made to replace it. 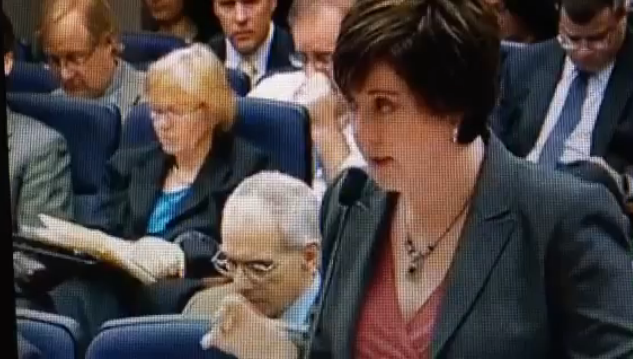 Excerpted from the Weekly Standard :

“So, um, it is just really hard for me to even ask you this question because I’m almost in disbelief,” said Rep. Jim Boyd. “If a baby is born on a table as a result of a botched abortion, what would Planned Parenthood want to have happen to that child that is struggling for life?”

“We believe that any decision that’s made should be left up to the woman, her family, and the physician,” said Planned Parenthood lobbyist Snow.

Another representative questioned Snow again on this, and got the same result.

Let there be no mistake……. Planned Parenthood has always been about killing “unwanted” humans.