Hans Johnson at Jill Stanek’s blog points out a Buzz feed news spot touting an “emerging” abortion pill market, now that Texas has passed late term abortion restrictions and modern medical standards regulating abortion clinics as outpatient surgical facilities.   The Buzz feeders are crying that abortion clinics will have to close, because they could never be expected to treat women as well as men are treated, during outpatient surgery by real physicians.   The Buzzfeed news spot is really a COMMERCIAL advertising the availability of diverted abortion pills, misoprostil (cytotec), on the black market.  Their suggestion that this market is emerging is an outright lie.   Misoprostil has been touted as an abortion pill on “women’s health” websites in multiple languages, around the world for a very long time. 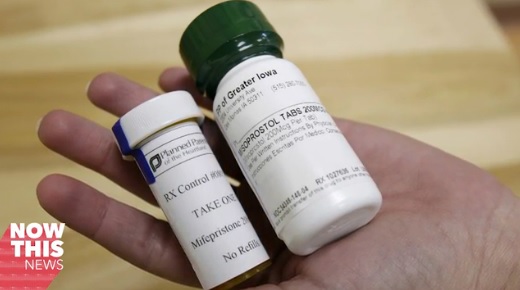 Hospitals have been completing home induced abortions for centuries.  Legalized abortion did not stop this.  The fact that Buzzfeed has just put out a commercial for flea market abortion in response to the new law in Texas might alter your opinion of them as a news source.
When your friendly pharmer practiced in retail  (ambulatory care setting)  prescriptions for misoprostil (Cytotec) without the non-steroidal drug with which it was supposed to be used were rejected.  The drug was contraindicated for use in pregnant women.  Such prescriptions for misoprostil alone were generally not legimate, and were for the purpose of home abortions.
Chemical abortions have been a major method touted in countries where abortion is considered morally wrong. Women are sold this drug to “start the menses” particularly in South American countries and the Philippines. It makes the abortion seem less wrong. Thanks to Hans Johnson for highlighting that significant marketing point in his article.

The extremely unsafe aspect of home abortions with misoprostil  is that the uterus has variable sensitivity to the drug depending on the time of gestation.   Later inductions with misoprostil are done with VERY TINY doses of  the drug are used, to avoid uterine rupture.   As many of us have heard before, Planned Parenthood uses the huge doses (like those required to stop bleeding) to expel an embryo or fetus early in pregnancy, with their mifepristone regimen.  Women are instructed to use an initial huge dose of Cytotec, and then keep taking the pills periodically until “something happens”.….. either abortion or uterine rupture.

If you see an uptick of deaths due to uterine rupture in the U.S., you might want to thank Buzzfeed and their flea market abortion commercial.