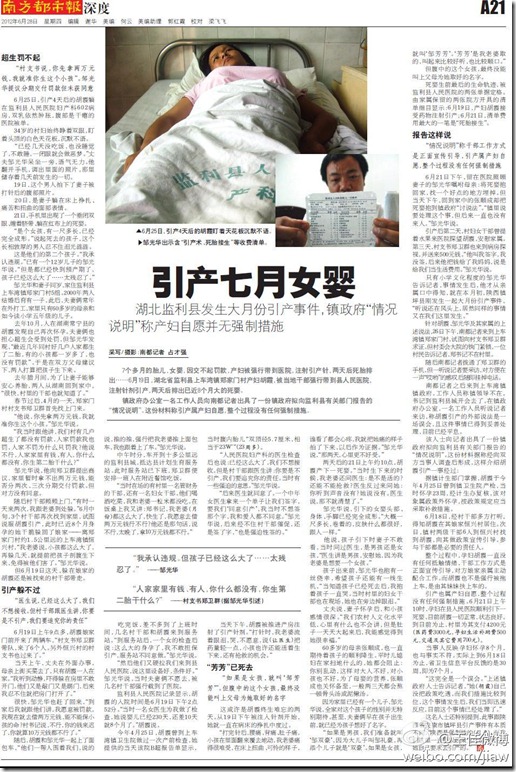 Unable to pay fine, a woman in Hubei province is forcibly aborted of her near-term baby girl ~ CHINAaid.

Hu Xia’s name is being trashed by her township government, which claims that the induced abortion of her nearly 8 month unborn baby was voluntary.
Because she could not pay the fine for having a second child, Hu Xia, of Zhengjiamen village, Schangsche township, was taken forcibly to ‘People’s Hospital” and given an injection to induce abortion. She delivered a dead baby girl two days later.

The photo is taken on June 25, showing a despondent mother, 4 days after her abortion, appearing extremely displeased with the government’s decision to kill her baby.

Keep your eyes on the news that the U.S. media loses: CHINA AID

The Obama administration is completing the next to last steps prior to forced abortion policy in the United States. All are being forced to pay for the procedures, and health care professionals in many localities are being coerced to participate. Once this has become entrenched, women will be given no choice in the matter. The U.S. government, like that of China, will determine who may bear children and how many. It is to be presented as a “green” policy to preserve the earth.